Lake Mburo National Park is located to the west of Kampala covering an area of about 370 square kms and is the smallest of Uganda’s savannah national parks. The park harbors 68 different species of mammals including Zebra, Impala, Eland, Topi and Buffalo. Leopards, hyena and jackals are the predators that are present. The bird population includes 315 species of birds including the rare Shoebill stork, papyrus yellow warbler, African fin foot, saddle billed stork, brown chested wattled plover, ground hornbill, and white wing warbler. The beautiful landscape with grass hills and idyllic lakeshore provides a varied mosaic of habitat with gallery forest, rich acacia valleys, and seasonal and permanent swamp to support this wealth of wildlife. After a move by Uganda Wildlife Authority in July 2015 to ensure the survival of the endangered Rotchild’s Giraffe a number of these magnificant animals can as well be found in the park.

Within the boundary of park from where it takes its name is the lake itself Lake Mburo. The lake is rich in diversity of animal, bird and plant species. The best way to experience the lake is on one of several boat trips conducted daily by the Uganda Wildlife Authority with a competent guide. The activity enables visitors to see crocodiles, hippos, and a many birds. Within the park the Rubanga forest is very small but attractive to the bird watchers. There are over 40 species of birds recorded 5 of which are forest specialists and include Harrier hawk, Green pigeon, Narina trogon, Grey-backed cameroptera and Double-toothed barbet. The five lakes within the park attract hippos, crocodiles and a variety of waterbirds, while fringing swamps hide secretive papyrus specialists such as the sitatunga antelope and red, black and yellow papyrus gonalek. 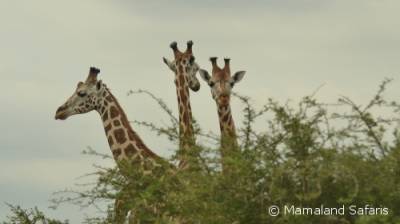 The park is a 4 hour drive from Kampala.

Take a look under “safaris” in the menu at the top of this page for itinerary options that can be adapted to your wishes. See some top safaris to Lake Mburo NP below.

Take a short safari to Lake Mburo National Park to experience wildlife, scenery and recharge energy in the peaceful park. This is one of the two parks in Uganda where the beautiful zebra can be seen and on the way back to Kampala you have the chance to see the great shoebill stork with its prehistoric look.

ANIMALS OF THE SAVANNA AND GORILLAS – 7 DAYS

During this popular safari you’ll experience the amazing mix that Uganda can offer! This includes chimps trekking in Kibale Forest and Mountain Gorilla trekking in Bwindi Forest. As well as game drives on the savannas in Queen Elizabeth National Park and Lake Mburo National Park. As an extra you visit Mabamba Swamp to search for the Great Shoebill Stork. 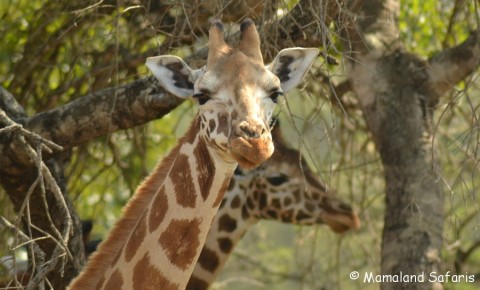 Come to meet the great primates of Uganda with trekking of both chimpanzees and mountain gorillas. Mixed with the primates is time on the savanna to search for lions, elephants and more. Get the chance to tick off “the Big 5” by visiting 3 savannah national parks & Ziwa Rhino Sanctuary. 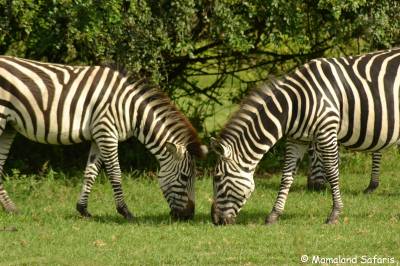 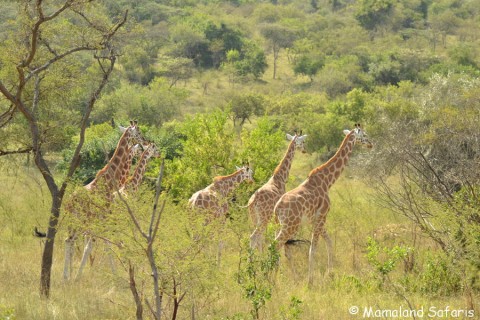 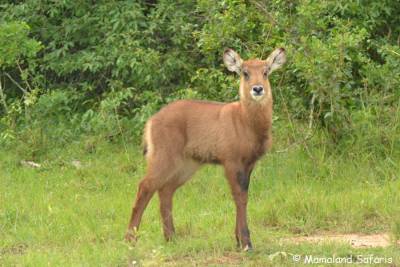 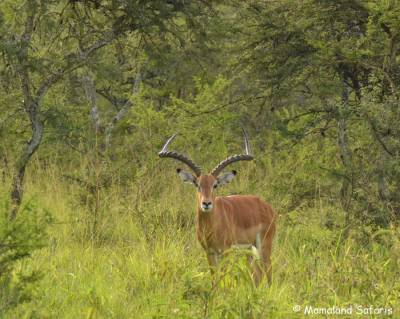 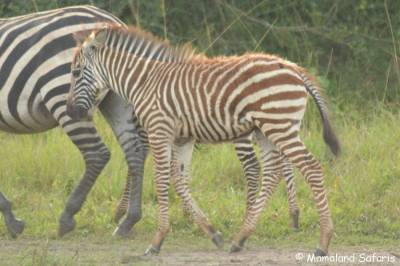